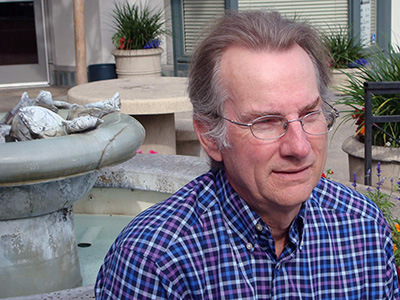 Mark Yarborough, Ph.D., joined the UC Davis faculty in March, 2010. He holds the Dean’s Professorship in Bioethics, directs the Clinical Research Ethics Program of the Clinical and Translational Science Center, and is on the faculty of the Bioethics Program. He came to UC Davis to conduct research at the intersection of public trust and biomedical research. He investigates and publishes about various dimensions of trustworthy research practices, including under which circumstances the research community deserves the public’s trust and whether those circumstances routinely obtain.Another area of his current work relates to the ethical implications of quality concerns in biomedical research identified by the field of meta-research, especially concerns related to preclinical research and their ethical consequences for early clinical trials.

Additional scholarly publications of his address a wide range of bioethical issues, such as artificial feeding at the end of life, genetic counseling, human subjects research, insurance underwriting, the role of profit in medicine, purported obligations to participate in research, surrogate decisionmaking in clinical and research settings, and interprofessional ethics education. He has lectured widely; co-founded and directed numerous conferences and annual conference series, contributed to numerous research projects; served on several hospital ethics committees, Institutional Review Boards, and medical genetics advisory committees; and he has worked extensively on ethics curricula for health professions students.

Dr. Yarborough began his career as an Instructor in the Philosophy Department at Auburn University and next went to the University of Colorado Denver before coming to UC Davis. At various times during his Colorado tenure he chaired the Philosophy Department, co-founded the Program in Bioethics at The Children’s Hospital, and directed both the Center for Bioethics and Humanities and the Ethics Core of the Colorado Clinical and Translational Sciences Institute. Since coming to UC Davis, he has helped champion the UC Davis Ethics Commons and served as the lead Principal Investigator for the UC North Bioethics Collaboratory, which promoted a range of bioethics activities among the UC Berkeley, UC Davis, UC Santa Cruz, and UCSF campuses. Most recently, he was appointed as a Visiting Fellow at the QUEST(Quality, Ethics, Open Science, Translation) Center for Transforming Biomedical Research atthe Berlin Institute of Health in Berlin, Germany.